Wednesday caught investors by surprise as an earnings disappointment from Target before the open, was seen as a signal that the “feared” recession, with high inflation, was closer than analysts are predicting. Target stock was crushed by 25% for its worst one day since October 19 1987 (which I was trading in). Retail stocks were literally smashed today. Walmart lost another 6.7% to close at $122.43, now down $26 dollars in two days. Costco fell $61 to lose 12.45% to close at $429.40. They report earnings next week. Lululemon Athletica fell $32.96 for a 10.7% loss despite excellent earnings and a strong outlook for the next quarter due out June 1. The selling was relentless and started at the open. It quickly spread to other stocks as the 4 day rally was lost by 1:00 PM, just 3.5 hours.

By the end of the day the SPX was down 165 points for a 4% plunge. This is the third large sell-off in May and the sixth large sell-off of 120 points or more since April. This is a definite signal of a market in trouble.

The biggest problem Target and Walmart faced in their earnings report were the shrinking pricing margins as they struggle to pass along price increases to consumers. On Wednesday investors decided it was time to vacate the retail sector. As volumes rose more investors decided it was time to sell out of other positions as well. By the end of the day investors were just dumping shares in general.

Let’s review the closing technical indicators from Wednesday to see if stocks can mount a bounce or will sell lower on Thu May 19 2022.

The one technical aspect to keep in mind is that the SPX chart, just like the NASDAQ chart, has remained solidly bearish since April 8 but even before then, the outlook was weighted heavily to the downside since the start of the year.

On Tuesday for example, there were only two bullish signals, none of which were strong. On Wednesday there are no bullish signals other than the closing candlestick which is bearish but also points to a potential bounce, but one that will fail.

All the major moving averages are falling including the 200 day. The 21 day is still falling rapidly.

The chart is 100% bearish for Thursday. Often that means a bit of a morning bounce before moving lower later in the day.

Momentum: Momentum is falling sharply and negative. With momentum strongly negative any bounce is not going to hold.

MACD Histogram: MACD (Moving Averages Convergence / Divergence) issued a down signal Friday April 8. On Wednesday the down signal gained to the bearish side as did the MACD histogram. It was not a large move down but enough to warn that we could see further selling on Thursday and Friday.

Relative Strength Index: The RSI signal is falling sharply and is no longer oversold.

Rate of Change: The rate of change signal is falling sharply.

The technical indicators at the close on Wednesday are strongly bearish. Often this signals a chance for a bounce, but after the strong selling, no bounce can hold immediately.

On any bounce higher, I will be taking profits on positions and preparing for more downside where I can setup further trades.  I will be setting up another SPY put trade on Thursday. This trade is explained in more detail in the members morning Investing Strategy Notes.

The Index is on the verge of retesting the correction sell-off lows down at 3860. It won’t take much to see the index fall that low and break lower. New lows are coming for the current sell-off, whether on Thursday or Friday or next week. The gains made from Friday last week have all been lost. It is a rare market that can immediately recover from this type of sell-off. Time is needed to rebuild the technical indicators. It is easier to do that from a lower point than from a bounce. This is why any bounce has little chance of success at present.

Just for interest, the collapse on Wednesday in Target Stock (TGT), has left the stock at an 11.5 times PE, 10.6 times price to cash flow and an annual dividend of $3.60 for a 2.23% yield. If the stock moves lower over the next couple of weeks, it will be even more attractive at some point for a trade.

On Wednesday housing starts were slightly lower at 1.72 million and building permits were also slightly lower at 1.82 million. These though do not indicate the housing market is slowing. The numbers have to decline a lot further to suggest a slowdown is coming to housing.

10:00 Existing Home Sales – 5.77 million prior. A higher number will show the economy is expanding.

The technical indicators has pointed to some weakness to start Tuesday off, but not a drop as dramatic as we saw. With more analysts jumping ....... Read More

For FullyInformed Members the morning Investing Strategy Notes for Tue Jul 5 2022 cover a few topics and outline several trades that are planned for ....... Read More 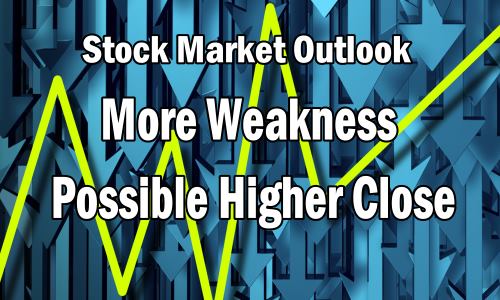 Friday saw indexes close higher to start the month of July. Historically the first day of July has been higher the majority of the time. ....... Read More

For FullyInformed Members the morning Investing Strategy Notes for Fri Jul 1 2022 cover a few topics. Among them are updates to a number of ....... Read More 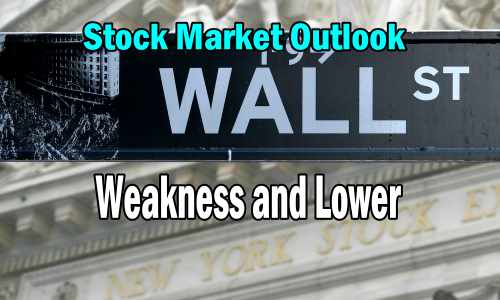 Inflation data on Thursday failed to show inflation was peaking. At the same time, it did not show that inflation was “raging ahead” either. Still, ....... Read More 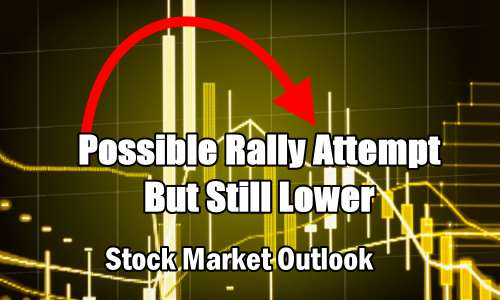