Greek debt crisis interest costs are now accounting for more than 22 percent of all government revenues. They point out that 1 in 4 dollars is just going to pay the interest on their debt.

They explain that anyone holding Greek bonds are going to get hurt by the ongoing Greek Debt Crisis and that includes pension funds that can only hold investment grade ratings. 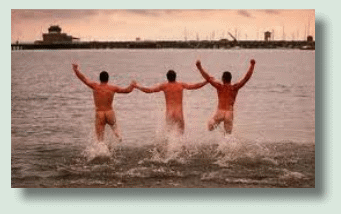 Greeks have been swimming naked for some time now leading up to the Greek Debt Crisis.

They go on to tell readers that interest rates as high as 24 percent are warning that the likelihood of investors getting their capital back is very low. Meanwhile the Greek Debt Crisis has made it impossible for Greece to issue new bonds or borrow further as interest rates are prohibitive. Therefore it will be up to the European Central Bank to try to aid.

Greece needs money to continue to function, pay its debt interest and not default, but who will loan Greece funds?

Greek Debt Crisis Could Have Been Averted

When the Euro was first created and the concept of the European Union and European Central Bank formed, there were more than one analysts who thought this a terrible idea. In my opinion, the concept would have worked if strict criteria’s has been set for member nation’s to enter and to be kicked out of the European Union. One of those criteria’s had to be debt to GDP that was manageable.

If a nation such as Greece wants to allow its citizens to retire at 55 with a full pension, having medical needs paid by the government, free tuition, free prescriptions, old age security and many more entitlement programs, they should have to meet specific debt guidelines. Once a nation fails to meet those guidelines they are kicked out of the EU and their own currency once again comes into use.

When Greece was allowed entry there already were rumblings about fudged numbers and shaky balance sheets, but they were granted entry. With a proper entry plan in place and full scrutiny of each member nation, even including the likes of Germany and France, there would be no “cheating” allowed. The Greek Debt Crisis shows that lots of “cheating” has been going on for some time and is still happening today.

By allowing countries such as Greece and even Italy to join the European Union member countries have allowed themselves to pay a hefty price for their inability to stand tough and set realistic criterias for all member states.

Their inability to even now put in place proper resolutions for this crisis shows that politicians in Europe are as inept as those in countries elsewhere. Until there is significant resolve to tackle this issue head on, the Greek Debt Crisis will only get worse and spread to member nations making the Europe Debt Crisis far more difficult an issue to fix.

The article is well worth the time to read. It provides a base for investors to understand what is probably going to develop into a huge crisis within a few months and will no doubt lead the market direction down.

The Greek debt crisis is only the tip of the Europe Debt Crisis which will some time very soon pull stock markets around the world lower.