CAT Stock – The Strategy Of Rolling Covered Calls Down 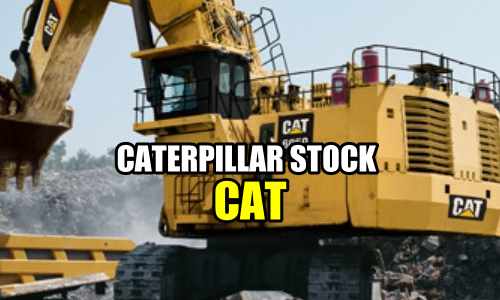 CAT stock (Caterpillar) was a favorite stock of a friend of mine for several years. In January 2008 my friend invested in Cat stock and sold covered calls. Her plan was to earn the dividend and she wondered if I could help create a strategy of earning more than the dividend and protecting her position in Cat Stock.

My friend lives in Canada and as the capital was in her retirement account, Canadian laws do not allow for the selling of options without the underlying stock. Therefore in Canada a retirement account, which is referred to as an RRSP (Registered Retirement Savings Plan), only allows for the purchase of stocks and options, or the selling of a covered call with the underlying stock covering the call.

My friend explained that she was uncomfortable buying puts on Cat Stock because it meant she was laying out capital that may or may not end up in a loss which because it is a retirement account, she cannot write off as a capital loss. What I put together was a strategy to roll down and up covered calls to follow the trend of CAT stock.

Today my friend sent me her CAT Stock trades from January 2008 until July 2009 and thought readers might be interested in the outcome.

While the dividend on CAT stock is not enormous, being just .36 cents a quarter back in 2008 or 2.3%, the option premiums are always excellent which, if traded properly, more than makes up for the low dividend.

The easiest way to understand the strategy and the implementation is to look at the trades that were done. Here are her trades.

*All figures include commission charges.

The first CAT Stock chart below shows the beginning of the year when after the bear market of 2007, many analysts thought the worst was behind investors.

CAT STOCK – The Roll Of The Covered Call Explained:

The decision to roll the Cat Stock covered calls was already decided when the trade was started. The objective was to earn as much capital as possible from the stock and stay ahead of the possibility of assignment as long as the 30 day and 50 day moving averages indicated the stock was still in an uptrend.

The strike would be rolled higher, once the stock reached the value of the covered call strike.

The strike to roll to, was decided based on the credit that could be received and the closeness of the month. By rolling from May to August, the investor captured $492.52 additional income and moved higher by $7.50 in Cat Stock which would increase the capital gain should the stock reach $82.50.

By having set the goal, establishing the objective and putting in place the plan, there is little emotion to the trade. The moving averages showed the stock still moving higher, therefore the investor buys back as soon as her $75.00 strike was reached.

Should the 30 and 50 day moving average show a correction in the stock, the investor buys back and rolls the covered calls lower. You will see this as the fall of 2008 arrives.

There has to be a point where as an investor you feel that your stock is fairly valued. In 2007 the for Cat Stock high in July was $87.00. Cat stock had never been that high at any time in the past. By staying at the $85.00 strike the investor felt that if the stock got that high by November, it would be worth selling the shares and waiting for the stock to move lower before buying back in and repeating the process.

CAT STOCK – The Roll Down of Covered Calls:

As the summer progressed Cat stock pulled back and the time came on June 26 2008 when the 30 day crossed the 50 day moving average and signalled the stock was in a downtrend. It was time to roll down the covered calls.

The chart below shows the signal and the timing for the roll down of the covered calls. The choice of $77.50 for the strike was based on the decision to stay 1 strike above the present cat stock price.

As a sidenote, personally, when a stock is in a serious correction or the market is correcting such as in September to October 2008, I prefer to roll my covered calls into the money for extra protection, however my friend prefers to stay just out of the money.

The decision to stay in the same month is based on the knowledge that should CAT stock recover, the ability to roll back up will afford a better opportunity from the closer month. As the stock works its way toward November, the option premium will decline as it reflects the declining time before options expiry. By staying in the same month, if the stock should recover, the investor has a better chance to buy back the covered calls and roll higher up for a net credit by going further out in time.

When rolling covered calls lower, an investor can check the stock and pick the strike levels to use as a yardstick to decide when to buy back and roll down the covered calls. With Cat Stock, $5.00 increments were used as the stock can easily trade within a 5.00 range in a day or two. By picking a $5.00 increment the investor is trying to limit the amount of whipsaw they can experience.

Cat Stock: How To Decide When To Roll Again – Up or Down:

The decision to roll the covered calls again may seem difficult, but by looking at the stock range, it is actually pretty simple. The stock after falling in June, set up a new trading range. Therefore it makes better sense to hold the Nov $77.50 covered calls while the stock is stuck in this trading range. By doing this, the option premium will continuously decline as November approaches and by staying out of the money the investor has little risk of assignment.

When the range breaks, either higher or lower, then it is time to roll the covered calls again. The whole purpose of rolling down is to capture more premium, protecting the investor’s capital while at the same time being aware that the stock could move back up or lower still. Rolling covered calls lower is actually simple to do, but many investors fear rolling lower and do not do it often enough during periods of weakness.

On September 9 2008 CAT stock collapsed 5.5% and closed at the low of the day at $61.38. The following day the investor rolled her covered calls down.

The decision to roll down with every $5.00 move lower in the price of the stock was not as easy as it would seem. Primarily because the volatility was so enormous that the stock could swing $5.00 in a single trading day. But at the same time in a serious bear collapse it really doesn’t matter because an investor knows the stock is going to fall lower along with the market until it finally bottoms. Once the stock bottoms there will be enough time to buy back and roll higher should the stock recovery quickly.

Why Consider Rolling Covered Calls Down:

The most important aspect of the collapse is to bring in enough premium to keep protecting the original invested capital. By rolling lower and bringing in premium, the investor is effectively lower herself into the stock so when the stock recovers, the capital earned on the recovery will be much greater. When a stock falls, the investor wants to be paid back their lost capital. The only way to do this is either through buying a put which costs more capital, or through rolling down covered calls.

While an investor can consider not rolling down their covered calls and instead decide to commit more capital when he thinks the stock has bottomed, this can end up pulling more capital from the investor into the stock and there is no guarantee where the bottom is. Sort of a bottomless boat metaphor.

Here are the trades:

At this point the amount of capital returned to the investor = 35.5% of the original capital invested.

If the investor had not rolled down the loss on CAT Stock would have been probably around $12000.00.