Friday saw stocks bounce as expected. The indexes were oversold and the drop to another new correction low on Thursday sparked more buying on Friday. While markets moved higher on Friday it was a technical oversold bounce but from the level it started, normally we can expect further upside before investors decide whether to trust the bounce or sell it back down.

Let’s review the closing technical indicators from Friday to see whether the bulls can keep the party going on Monday.

On Friday the day ended with a bearish candlestick again but signaling bounce underway.

The chart is 80% bearish for Monday. All the bounces over the past three weeks have failed but this bounce has more strength than the prior bounce attempts.

Momentum: Momentum is rising but still negative. The rise though is sharp and could signal a further rise on Monday should be anticipated.

Slow Stochastic: The Slow Stochastic has an up signal in place and is still showing some extreme oversold signals. This means a further upside should be expected.

Relative Strength Index: The RSI signal is sharply higher and no longer oversold.

Rate of Change: The rate of change signal is rising, signaling price changes should be expected on Monday.

For Monday the technical indicators are showing improvement and there are enough signals pointing to a higher day, that investors should expect Monday to end higher.

The morning could open higher, then see some selling pressure and early morning dips, before another move higher either over the lunch hour or into the start of the afternoon. Don’t be surprised if the final hour or half hour sees more selling but that would have to break down to 4000 to stop this bounce form occurring. That at present is unlikely to happen. If you look at the support and resistance levels above, you can see that 4000 on the SPX has held up well over the past week. A move to 4100 should be easy for the SPX. After that, there is more resistance that will have to be broken through. For Monday however, the path higher will be easier for investors.

I am still holding SPY ETF calls from Friday’s open.

On Friday the Consumer Sentiment Index (UofMich) was lower than expected at 59.1 and continues the downtrend from earlier this year. Despite this though, at 59.1 it is still showing optimism among consumers and not much contraction in spending that analysts are continually warning is underway. The 5 year inflation expectation was unchanged at 3% which is encouraging, but this is a speculative number and not much more.

8:30 Empire State Manufacturing Index – was 24.6 for prior month

8:30 Retail sales including with and without auto – was 0.8%. A higher percentage would bump stocks, especially retail stocks.

8:30 Philadelphia Fed Manufacturing Index – was 17.6 – a higher number could be construed as inflationary

10:00 Existing Home Sales – 5.77 million prior. A higher number will show the economy is expanding.

On Friday stocks continued the advance but while the climb remains broad-based volumes are dropping. With the Fed’s interest rate decision due on Wednesday, many ....... Read More

For FullyInformed Members the morning Investing Strategy Notes for Fri Jan 27 2023 discuss a number of topics. As well there are a large number ....... Read More

On Thursday stocks continued the advance but on lower volume on the S&P as many investors are not trusting the advance and expect it to ....... Read More

For FullyInformed Members the morning Investing Strategy Notes for Thu Jan 26 2023 discuss a number of topics. There are also comments and trades planned ....... Read More

On Wednesday stocks staged a strong rebound from an early morning opening sell-off. By the end of the day the S&P was pretty well unchanged ....... Read More 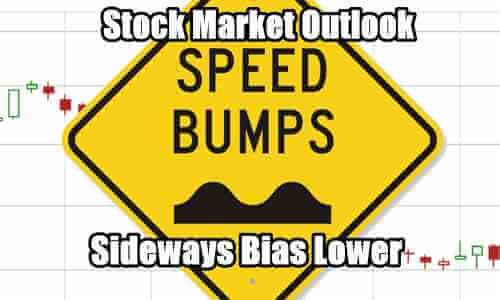 On Tuesday Microsoft released earnings after hours that showed cloud growth continuing to expand but most other areas of the company’s revenue streams showed slowing ....... Read More

For FullyInformed Members the morning Investing Strategy Notes for Tue Jan 24 2023 discuss the rally from Monday and update a number of the portfolios. ....... Read More
Load More